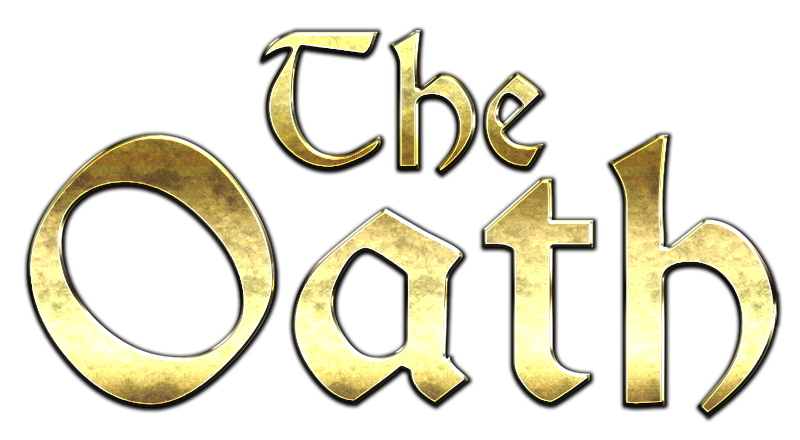 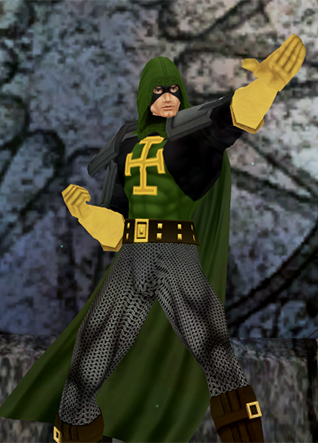 
In the early 12th century, Sir Rowan Bancroft protected the vale of Breydwyn, a kingdom in northern Britain, as one of the land’s most valiant knights. Having led the defense of the kingdom against invaders in countless wars and battles, Sir Bancroft was the court’s most esteemed knights, and one of the king’s closest advisors.

He was also a fraud.

In truth, Rowan Bancroft was born Edward Grey, a poor commoner whose parents abandoned him. Fed up with his lot in life, the ambitious youngster stole the ritual book of one Emiel Theron, an elderly mage, casting a spell that made him not only strong, but the finest swordsman in the kingdom. Edward gained some renown by publicly displaying his "talent", taking on all challengers, even besting knights twice his age. Eventually, word of the prodigy reached the king and Edward was summoned. He introduced himself as Rowan Bancroft, and requested the opportunity to become a knight. The newly rechristened Bancroft easily succeeded in his trials to earn knighthood. Again he used Theron's book, enchanting his armor to protect himself on the battlefield. He became known as 'Bancroft The Indomitable' for his seemingly invulnerable nature.

Widely regarded as Breydwyn’s finest swordsman, Bancroft was also one of its most handsome bachelors, and promiscuous figures. Having seduced the Queen in his early tenure as a knight, Bancroft had been secretly enjoying her company for many years until their affair was put in jeopardy when one of her handmaidens discovered them. Knowing it was only a matter of time before news spread to the king, the queen accused Bancroft of forcing himself on her to avoid judgement. Bancroft refused to be publicly stripped of honor and executed. Knowing a knight as famous as he would surely be recognized no matter where he attempted to escape, to avoid death Bancroft hatched what seemed a most ingenious plan.

Bancroft decided to use Theron's spell book one last time, to perform the only ritual that could help him now. One that allowed the practitioner to sever their spirit from their body, and implant it in an object - An object the practitioner held most dear. And there's nothing closer to a knight’s heart than their sword. Summoning his squire to help him in performing the ritual, Bancroft instructed him to immediately depart the kingdom afterwards, absconding with the sword (containing Bancroft) to perform the second half of the spell; reviving him within another body.

Though the ritual was a success, Bancroft's squire only got as far as the surrounding forest just outside the kingdom before he was captured by the king’s guard. Not only was he found fleeing the keep after Bancroft was (seemingly) found dead, it appeared as if he was stealing his sword as well. Having been robbed of the joy of executing Bancroft, his squire endured the king’s wrath instead and was put to death. Bancroft’s sword was seized and hung within the castle’s main hall as a reminder of what happened to the traitorous.

Trapped in his sword and unable to communicate with anyone, Sir Rowan Bancroft became an unwilling witness to all of history. Eventually, the king’s army was defeated by Saxons and the castle destroyed in the battle. Buried underneath rubble for a few hundred years, Bancroft’s sword was eventually recovered by Welsh raiders and used in battle over and over again, passing from warrior to warrior before its bearers met their inevitable ends.

Later dug up by historians in the early 18th century, Bancroft’s sword was put on display in an English museum where it hung until 1940. It passed from owner to owner over the next few decades, ranging from private collectors to museum curators.

College student Ridley Hollis was unsure of what to do with his life after graduation. He wanted to help people, he just wasn't sure how. As a kid, Ridley planned on becoming a firefighter like his father once he came of age. Unfortunately, his asthma and other physical ailments prevented him from being accepted. To indulge him, his dad let him hang around the station performing odd-jobs like cleaning the living quarters and maintaining some of their protective equipment. The men jokingly referred to the younger Ridley as their "squire". But after his father tragically died rescuing a family, Ridley wanted nothing more to do with the station and instead focused on his studies.

Ridley quite literally stumbled upon Sir Rowan's sword as he was helping his roommate clean out her grandfather’s house after his death. He was drawn to the basement after hearing faint whispering. He pried open the sword's crate and when he touched it, experienced visions of battles from ages past. Then he heard a voice; the voice of Rowan Bancroft! Astounded that someone could finally hear and understand him, Bancroft insisted Ridley take the sword and rescue him from his neverending imprisonment.

Almost as soon as he’d recovered the sword he was attacked by a trio of super powered mercenaries under the employ of Mortas, the wizard Merlin’s evil brother, who’d been searching for the sword for years. Using the sword’s abilities, Ridley narrowly managed to defeat the mercenaries. To keep the sword out of the hands of those who’d use it for evil, Ridley decided to become a superhero.

Neither Ridley nor Bancroft know how or why exactly Ridley is able to hear him, but both are convinced fate led them to each other for a reason.

"In days of peace, in nights of war,
All that's good, defend forever more,
With souls of truth and righteous core,
Justice prevails, I am thine sword!"

Oathkeeeper: Indestructible and unbreakable, the Oathkeeper sword can cut through any substance (except other similarly enchanted objects or weapons). It's able to absorb or deflect most magical attacks and can even disrupt magical energies such as barriers. Ridley can also summon the sword from thin air or will it back to him by calling out its name. It also grants the wielder flight and some degree of superhuman strength as well.

Enchanted Armor: When Ridley reads the inscription on the Oathkeeper's hilt, Sir Rowan's enchanted armor surrounds him. Protected by a field of divine energy, it is capable of deflecting ranged attacks such as gunfire as well as magical spells.